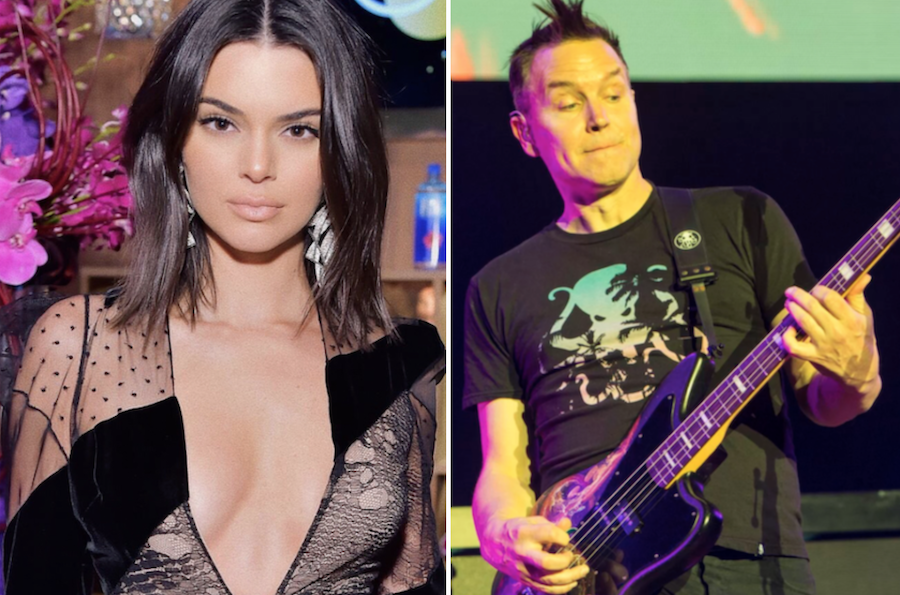 The disaster known as Fyre Festival continues to haunt all parties involved. The trustee in charge of the event’s bankruptcy proceedings has filed 14 lawsuits against Kyle Jenner, Blink-182, and others including talent agencies, transportation companies, and management firms. The suits aim to recover the $14.4 million Fyre Media and co-founder Billy McFarland put toward the failed luxury festival in the Bahamas.

With McFarland serving a six year sentence for fraud and Ja Rule completely absolved from the entire legal matter, Gregory Messer has taken over as a trustee for the chapter seven bankruptcy of Fyre Media, the booking company behind the fest (via Billboard). Messer has teamed up with New York attorney Fred Stevens to take on the hefty legal load, suing companies such as United Talent Agency, Creative Artists Agency, and International Creative Management in attempt to recover funds paid to artists represented by said organizations. In a lawsuit filed against Fyre Media, attorney Stevens noted, “Significant amounts were recklessly spent in continuation of McFarland’s schemes.”

This sum of fraudulent spending includes band booking fees such as those paid to Blink-182 via its reps at CAA. According to that lawsuit, Blink pulled out at the last minute but kept their $500,000 fee. “In its cancellation tweet, the band did not disclose to its fans and others any of the problems that it was having with Fyre Festival and its management, or that the Festival appeared to be in serious trouble,” wrote Stevens.

The list goes on. Talent agency NUE is being sued over a $730,000 payment traced partially to Pusha-T, Desiigner, and Tyga, with a mystery $230,000 still unaccounted for. ICM is being hit with a lawsuit for over $350,000 paid toward a headlining set from someone on Kanye West’s G.O.O.D. Music, though it’s not clear if the money went to  “Lil Yachty, and/or Migos, and/or (Rae) Sremmurd,” according to Stevens.

(Read: Film Review: Fyre Insightfully Rakes Through the Ashes of the Failed Festival)

While Stevens and Messer take legal aim at the no-show musicians, they’re also focusing on the “influencers that promoted the Festival on social media without indicating to their followers and the public that they were paid for promoting the Festival.” That sum apparently hit $2.25 million, including $275,000 Kendall Jenner received for a single social media post. Even worse, Stevens is accusing Jenner of misleading potential ticket buyers by implying the unknown G.O.O.D. Music headliner was Kanye West himself:

“Jenner’s reference to her ‘G.O.O.D. Music Family’ as ‘headliners’ at the Festival, intentionally led certain members of the public and ticket purchasers to believe that Jenner’s brother-in-law, famous musician and G.O.O.D. Music record label founder Kanye West, may be or would be performing at the Festival. In fact, Mr. West was never going to perform at the Festival. This conduct demonstrates a clear lack of good faith on Jenner’s part.”

Stevens has also sued Matte Productions, the company that co-produced the Netflix documentary about the festival. According to that suit, records indicate Matte paid “over $500,000 to a company that shot and edited Fyre Festival ads and Festival footage” so they could use said footage in the doc. It goes on to note that despite the success of FYRE: The Greatest Party That Never Happened, Matte didn’t share “proceeds of that documentary with those victimized by McFarland.”

Despite being behind bars, McFarland himself isn’t left out of all this either. He’s named in the lawsuit against Fyre Media, in which he’s called out for drumming up nearly $1.4 million in ticket sales the week before the doomed event, and an additional million by encouraging attendees to load up funds onto their pre-paid wristbands ahead of the festival weekend. Stevens also claims that McFarland spent $315,645 of investor funds on personal expenses “including a luxury penthouse apartment, interior design and home furnishings, hotel stays, dining and entertainment, transportation, clothing and other things.” They’re also after amenity costs, including $160,000 spent on private yachts, $229,172.33 paid to American Express for various expenses, and $238,550 with ticket broker ASC Tickets.

It’s a mess, to say the least, adding onto the pile of legal trouble already surrounding the festival. In 2017, McFarland and Ja Rule were hit with a $100 million class action lawsuit, while another civil suit led to the plaintiffs being awarded $5 million. McFarland will need to sell a lot of copies of his upcoming memoir to pay these bills. It’s all more material for The Lonely Island and Seth Rogen’s long developing spoof film about the failed music fest.